Streaming section is closed. Thank you for your support!

We are closing our streaming section.

Join us on Discord: https://discord.gg/5Q9yk8f

Join us on our forum: https://justanimeforum.net/

It is with great sadness that I must inform everyone of the closure of our streaming section. With new US copyright laws coming into effect it simply is no longer in our best interest to continue offering this service.

What does that mean for JustDubs?

We will be continuing this site as a normal anime community. We will be focusing on anime news, discussions, reviews, entertainment, events, our forum, clubs, social media, podcasts, monthly calls, Discord, Chatango and so much more.

I want to thank everyone for their continued support over the years. Our staff, current and former, for their tireless dedication. And to our members for making us your choice for English dubbed anime. Each and every one of you helped make this community something special and I will always cherish that. 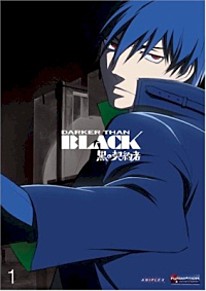 FUNimation Entertainment confirmed in a forum post on Thursday that it no longer has home video or streaming rights for the Darker Than Black anime. The series has been removed from Funimation's streaming service.

Both seasons of Darker Than Black were directed by Tensai Okamura (Cowboy Bebop: The Movie, Blue Exorcist) at Bones. Takahiro Komori (Scrapped Princess, Angelic Layer) provided character designs, while Yasushi Ishii (Hellsing) scored the soundtracks. The show made its début in the Spring 2007 anime season.

Even the darkest of blacks must fade at some point.