In her admiration of Shiny Chariot, a famous witch renowned for her unorthodox yet enchanting spells, Kagari Akko, an ordinary girl, joined Witch Academia in the hope of someday becoming as spectacular as Shiny Chariot. She is determined to become a graduate of Witch Academy and make her dream come true despite not being from a lineage with witchcraft and wizardry. The story takes places when Akko, along with her two best friends, Lotte Yansson and Sucy Manbavaran, take their first lessons to become witches; however, Akko is furious when she finds out that Shiny Chariot is not as popular in the world of the witches as she had thought. 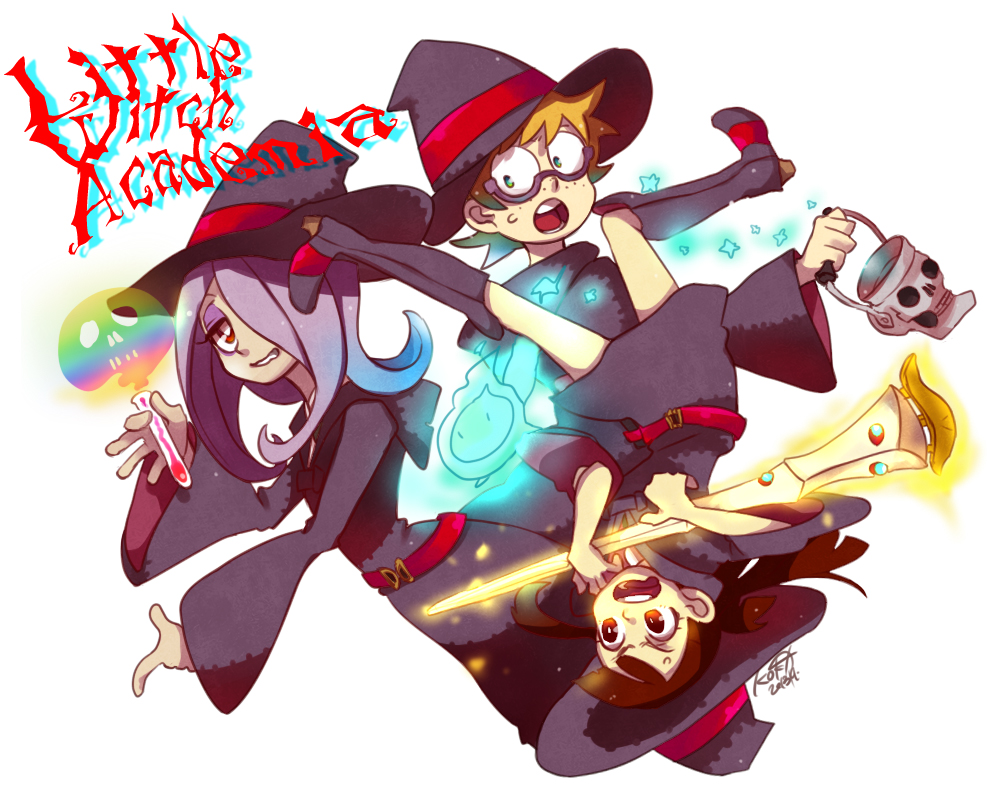