The first movie in the Madoka trilogy. It is a recap of the first eight episodes of the series. In the city of Mitakihara, Kaname Madoka, along with her friend, Miki Sayaka, encounter a creature named Kyuubee and are saved from witches by magical girl Tomoe Mami. Kyuubee offers Madoka and Sayaka the chance to have any one wish granted in exchange for becoming a magical girl and fighting witches, whilst Akemi Homura, another magical girl and recent transfer student, is strongly against Madoka becoming one. Before Madoka can make a decision, however, Mami is killed by a witch, leaving Madoka too afraid to become a magical girl. Sayaka, however, decides to become a magical girl herself in order to heal the hand of her childhood friend, Kamijou Kyousuke. As Sayaka soon comes into conflict with another magical girl named Sakura Kyouko, they, along with Madoka, learn the shocking truth that their Soul Gems, the source of their magical powers, literally contain their souls. 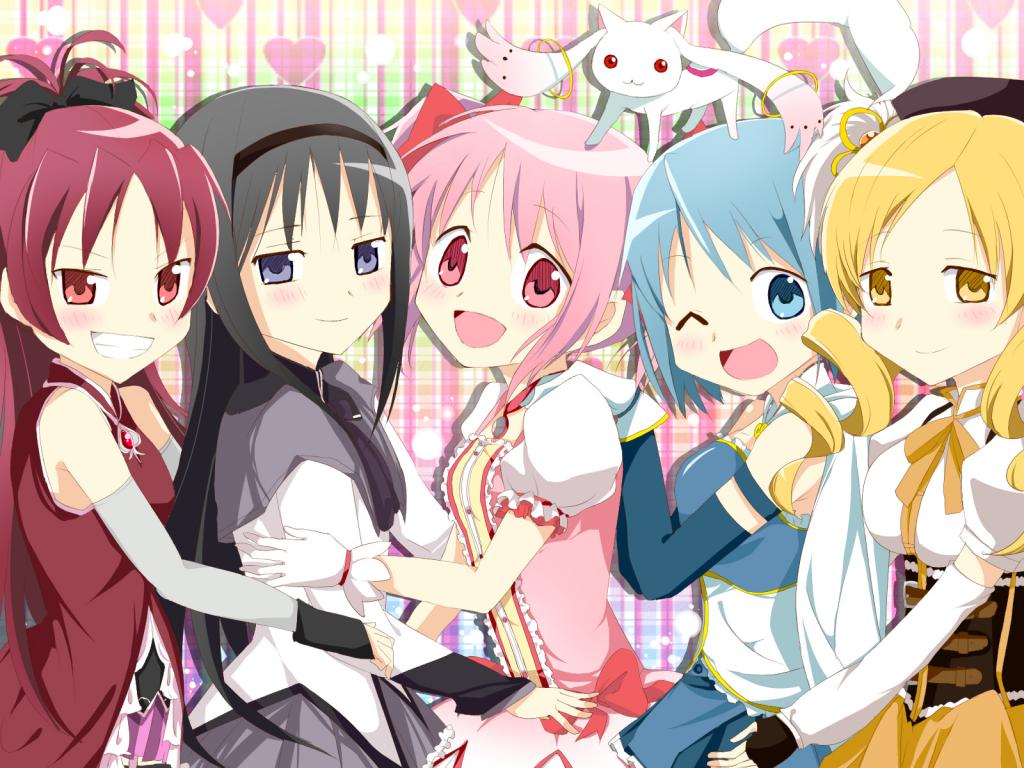