In the sky over Hakata city, fighter planes were flying and bombers are dropping bombs one after another. It became a sea of flames around Fukuoka Dome. At that time, a light appeared in the sky. In the shower of missiles, it intercepted enemy planes by its energy cannon. It was another “Ultimate Weapon”. In the meantime, Chise was suffered from the fact that she’d been turned into a weapon against her will, and she was thinking about Shuji. However, the army continued sending her to the battle fields. Whether another ultimate weapon is an enemy or a friend? 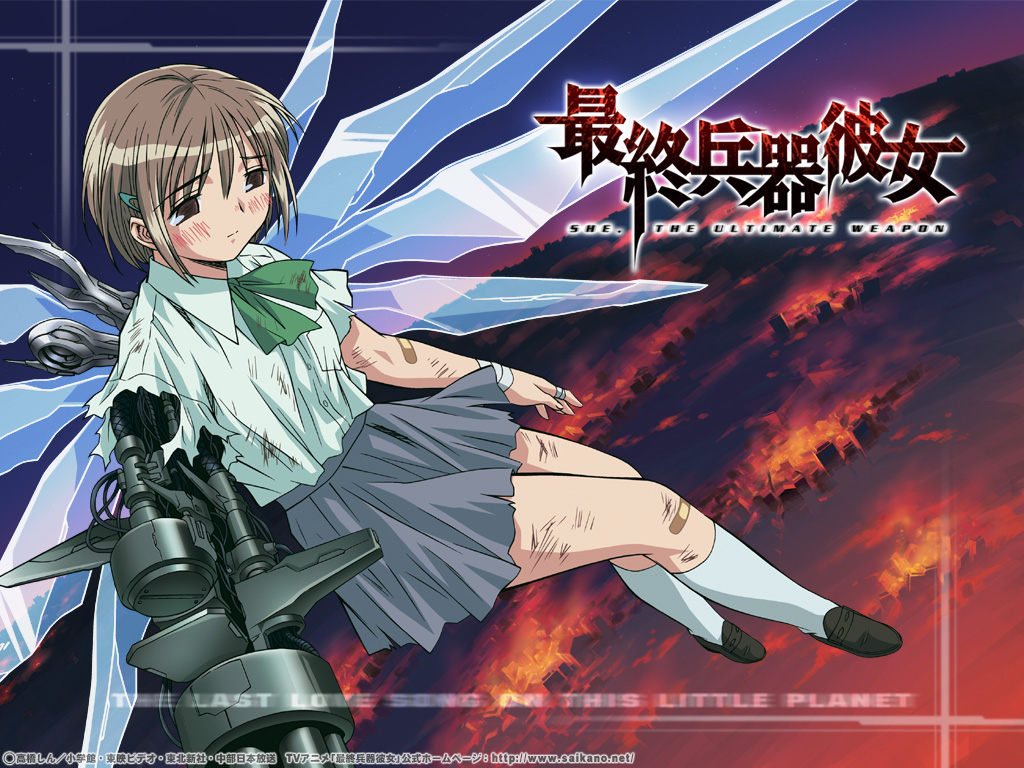