Ichinomiya Kantarou grew up with the ability to see demons, but was isolated and bullied by others who did not share the same gift. Instead, he became being friends with the demons, gaining a great attachment to their existence. One day, Kantarou was told about the strongest demon, the one known as the ogre-eating Tengu. Amazed by the news of his strength, Kantarou vowed to find this demon who was far stronger then any other, deciding to call him Haruka when he did so. Since this time, Kantarou searched far and wide for the ogre-eating Tengu with no luck, making his living by becoming a folklore writer and demon-buster. On a particular job, Kantarou had finally found news of a nearby shrine supposedly the place where the ogre-eating Tengu was sealed. 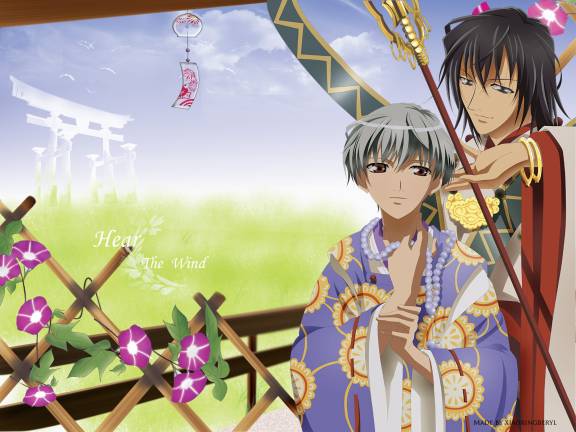